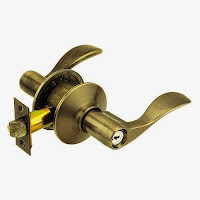 There are many ways a locksmith technician use in order to unlock a residential type lock. Even though there are many residential lock manufacturers in the market such as Schlage and Kwikset, most of the locks are built in a similar was where one method that is used to open one manufacturer type of lock can be used on another. However, each manufacturer has different lines of locks which incorporate different models and depending on the level of security and lock condition. Different methods and tools may be used by a locksmith technician in order to achieve a locking solution.

I remember a few years back I got a call from a customer who has been locked outside of his home because his key was not operating the lock properly. Normally these types of situation are a little tricky to handle since if the key cannot open the lock than most likely using a pick or a bump key will not work as well. However, sometimes, if the problem is with the key, then it really doesn't matter and the lock can be opened easily. The issue start with the fact that a technician can't really tell what would need to get done before he will be in the location examining the locks.

Since I couldn't really tell what exactly the problem was with the lock without actually being there, I decided to take the job and started heading the customer's way. Once I got to the location, I had to examine both the key and the lock. The lock was an F Series Schlage. The key did not seem to be worn out or damaged, so I knew there must have been an issue with the lock mechanism or cylinder. However, to fully diagnose the issue, I had to disassemble the lock and in order to do that, I had to get the door opened first. 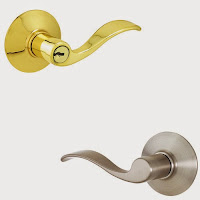 After trying several methods to open the lock without any success, I decided to call a Seattle locksmith co worker of mine to see if he had any good advice for unlocking the lock without drilling it. According to him, with the F series Schlage locks, there was a way to unlock it using a small hammer. Because these types of locks are built with a spring loaded mechanism, it is possible to rattle the locking cams for a split second by punching the plug with the small hammer. The trick was turning the knob at the exact same time the locking cams were in the open position. After several tries, I was finally able to open the door. I then took apart the lock and discovered that the wafers were a little worn out and needed to be replaced.
Posted by Unknown at 4:35 PM